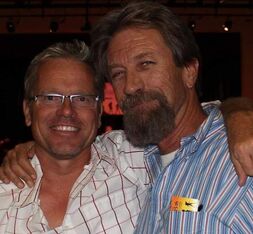 Host Randy Harris engages interesting guests in exploring "Meta-cognition" - thinking about our thinking. Albert Einstein is quoted as saying "We won't solve our problems using the same thinking we used to create them." Based on that perspective, we look beyond "What" we think, and evaluate "How" we think, "Why" we think the way we do, and why it matters.

Randy Harris was born into a military family at Fairchild Airforce Base in Spokane, Washington.

Coming of age in the tumultuous 1960's & 70's, and as the eldest of four siblings, he learned early in life about leadership, personal responsibility, and responsibility towards others.

As a student, Randy delighted in the study of history, science, and cultural and social dynamics, communication, and business.

Being naturally curious, these interests led to employment in a broad spectrum of fields. First, going to work at the age of ten as an agricultural worker in the fields, he gained a direct understanding of hard and low-paying work. Later, he worked in media, energy efficiency and conservation, and entrepreneurial creativity.

Randy has lived in the southwest for almost 30 years, and in 2010 launched a project bringing community members together for civil and informed dialogue addressing current issues and timeless human considerations. This process would come to be known as “The Great Conversation”. Since 2010, “The Great Conversation” has hosted approximately 1,500 dialogues,

The current focus of the organization is to train as many community members as possible in dialogue facilitation. The process draws on studies of language and communication, history, science, economics, sociology, psychology, neuroscience, values, ethics, and more.
Think Again Archived Shows