SPEAK UP, LAS CRUCES WITH PETER GOODMAN AND WALT RUBEL 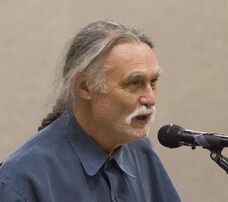 Speak Up, Las Cruces aims to discuss local and national events, books and culture, people and the planet, and damned near everything else in a way that's lively, informal, and informative.  With elections and political issues we try to involve both/all sides in a  vigorous but collegial conversation.

Peter Goodman has degrees in Journalism/Film-making, English/Creative Writing (both from NMSU) and law. He's also been a New York City cabdriver, a San Francisco trial lawyer, a newspaperman in New Mexico, a radio newscaster on Taiwan, a filmmaker, and host of radio and television shows. For the past eight years he has written a Sunday column for the Las Cruces Sun-News. A spoken version of the column airs both on KRWG and on KTAL.
​
Since July 2017 Peter has hosted two shows on KTAL: Speak Up, Las Cruces!, from 8-10 a.m. Wednesdays, on which he and co-host Walt Rubel talk with guests and occasional callers about news and other matters, and The Sunday Show, on which he talks with people about their faith or lack thereof.

Born in Brooklyn, he grew up in New York State, lived several years in southern New Mexico, then moved to San Francisco after law school. He practiced law for a large San Francisco law firm, but also spend three and a half years in Asia (mostly China-Tibet-Taiwan) and half a year in Peru. He has also had many shows of his photographs and crossed the country several times on various motorcycles, and writes fiction and poetry.   ​ 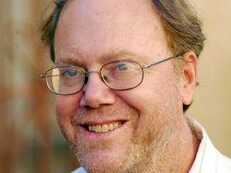 Walt Rubel had been a print journalist for nearly four decades, starting as a sports writer for the Tribune-Democrat in La Junta, Colo. in 1982. In 1988 he won the Colorado Press Association Sweepstakes Award for best sports story of the year among all daily newspapers. His story on the Florence High School girls basketball team beat entries from the Denver Post, Rocky Mountain News and other much larger newspapers.
​
He went on to work at sportswriting jobs in Cheyenne, Wyoming; Manteca, California and Hutchinson, Kansas before moving over to news. In Hutchnison, he joined the newspaper’s editorial board, and began writing news columns and editorials for the first time.

He came to the Las Cruces Sun-News in the spring of 2002, and remained until February, 2019, when his job was eliminated as part of a companywide downsizing. He was a member of the editorial board that entire time, including three years when he worked in the company’s Santa Fe Bureau. He continues to write a weekly column for local outlets other than the Sun-News
Speak Up, Las Cruces Archived Shows