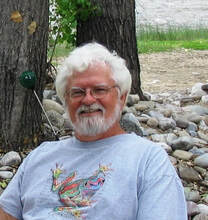 Cosmic Troubadours is hosted by Rob McCorkle and Marty Racine, longtime chroniclers of the Texas and Southwest music scene, who bring you an eclectic mix of Americana music -- from blues and bluegrass to traditional country and redneck rock.

I am Rob McCorkle. I moved to the “Live Music Capital of the World” the decade after Austin was engulfed by the Progressive Country Music movement of the Seventies that greatly enhanced the careers of such “Cosmic Cowboys” as Willie Nelson, Kinky Friedman, Michael Murphey, Steve Fromholz, Jerry Jeff Walker and Gary P. Nunn.

For more than 20 years, I followed the careers of these Texas artists, as well as the nation’s best guitar-slingers and singer-songwriters in such iconic Austin music venues as the Armadillo World Headquarters, Broken Spoke, Liberty Lunch, Antone’s, Cactus Café, Continental Club and Saxon Pub.

And, I wrote about what I heard and profiled the artists from the early 1980s into the 21st century for the Austin Chronicle, El Paso Times, Texas Observer, Austin Magazine and Texas Highways magazine. My work was included in The Austin Chronicle Music Anthology, published by UT Press in 2011.

I moved to Las Cruces in 2016, where I do freelance writing and photography for Neighbors magazine and the Visit Las Cruces social media channels. 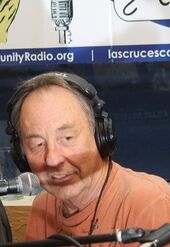 Since July 2017 we’ve been playing the best in Americana music, a blend of roots-rock, singer-songwriter, indie-folk, “new-grass,” Cajun, Southern Gothic, bluesy stuff and alternative country based on our combined knowledge over the years of writing about music and living the life.

For five decades I’ve been a media lifer, having contributed to numerous publications and radio stations. Back in the ‘70s I was a music critic for the Milwaukee Sentinel and a late-night DJ at album-rock station WZMF-FM – “Dr. Metal,” to my listeners.
​
After that, I was the rock music critic for 22 years (1981-2003) at the Houston Chronicle and covered just about everything that moves between Austin and New Orleans. I also co-hosted a music show on Houston’s Pacifica station, KPFT-FM.

Moving to New Mexico, I became editor of the twice-weekly Ruidoso News, serving from 2004-2011. While there, I DJ’d The Critic’s Choice Americana show on community station KEDU-FM.