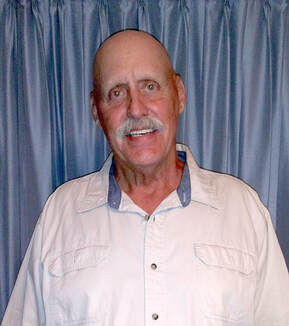 Each week Artist Spotlight will highlight a variety of musical artists in a specific genre like the blues, rock 'n roll, or country. Or the spotlight may be on individual artists themselves.

Lloyd Hamilton born and raised in Detroit Michigan. He grew up a part of a musical family. His Aunt and Uncle were members of a polka band called Dee, Dot, and Curt The Tempo Tones. Lloyd's Aunt got Lloyd and his cousin Curtis started playing guitar and singing at an
early age.

Still working as a musician, Lloyd wrote and recorded his own music while attending Long Beach City College in Long Beach, Ca.
It was at that time Lloyd became the Cultural Affairs President, where he and his staff planned events for all occasions such as Black History Month, Martin Luther King Day, Valentine Day, St.Patrick's Day, 4th of July, and Christmas. At the events Lloyd was Master of Ceremonies and promoter. Lloyd founded the Long Beach City College's Art and Music Festivals.

In 2014 Lloyd and his wife Michelle moved to Truth or Consequences, New Mexico, leaving the high cost of living in
California.