January: KTAL receives a grant for $2,800 from Dona Ana County and creates spots in English and Spanish to promote the Census Project.

March 19: Governor’s Health Orders shut down state due to COVID-19. 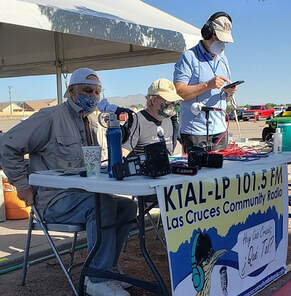 ​May 21-22: KTAL broadcasts the drive-by Las Cruces Public Schools (LCPS) Senior Celebrations for all six Las Cruces high schools from the Field of Dreams and provides the live audio for the LCPS video stream. (From Bruce Ernst, General Manager: I just want to add that this was definitely KTAL's highlight of the year, and not just for me but for all our volunteers that participated.) Click here for photos and more reflections from our hosts. (In the photo, from left to right, hosts Peter Goodman and Walt Rubel and tech Michael Allen.)

August 1-8: In lieu of the live second annual Roadrunner Revue, which was cancelled due to the COVID-19 outbreak, a virtual KTAL Summer Sizzler Fundraiser is held online and promoted by show hosts on the air, raising more than $10,000!​ Thanks to our supporters! 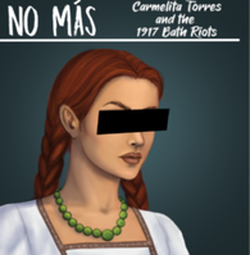 Sept. 19: KTAL airs No Mas, an original radio play about the almost forgotten bath riots of El Paso a century ago.
​
November: KTAL is nominated in the “Best Local Station” and “Best Talk/News Radio Station” categories in the Las Cruces Bulletin’s Best of the Mesilla Valley poll.

​Nov. 8: A newly reprised version of the notorious radio play, War of the Worlds, airs as a special broadcast.