DELVING IN WITH STUART KELTER 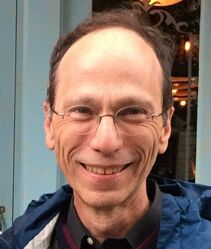 Delving In is a forum for respectful conversations about a wide variety topics, including science, social sciences, humanities, history, health, psychology, philosophy, and sometimes religion.

Stuart Kelter has spent most of his professional life engaging in a different kind of deep conversation — always in private — as a psychologist.

A native of New York City, Stuart graduated from Brandeis University near Boston in 1979, as a double major in psychology and philosophy. He graduated from a clinical doctoral program at the Chicago School of Professional Psychology in 1989. He has lived in Las Cruces since 1991, and in addition to outpatient work, was a school psychologist for Las Cruces Public Schools, from which he retired in 2017. He currently maintains a part-time private practice as a clinical and prescribing psychologist.

Always fascinated by the challenge of “thinking outside the box,” Stuart has developed workshops and presentations on a wide range of psychological topics, including bullying and peer culture, attachment theory and trauma, and post-modern approaches to family therapy and clinical consultation. As a prescribing psychologist, he has become acutely attuned to the methodological pitfalls and promise of placebo effects in psychopharmacology.

​Stuart’s extracurricular interests include joke-telling and puns, racquet sports, bicycling and bicycle repair, and musical performance. He is married to Leora Zeitlin, a classical music radio host on KRWG, with whom he has two adult children.
​
Delving In Archived Shows